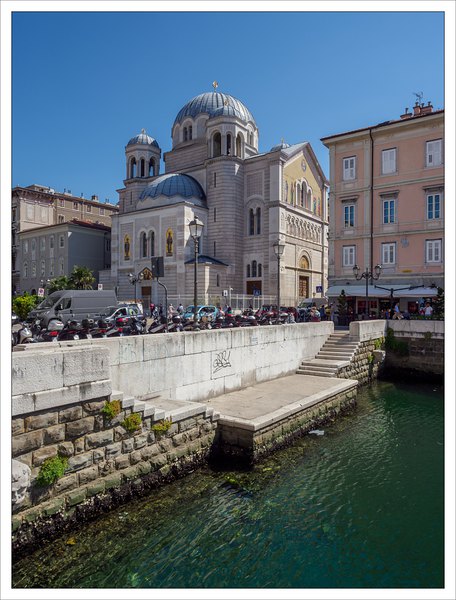 This is the Serbian Orthodox church of San Spiridione. It was built while Trieste was under Austrian jurisdiction.

During the napoleonic era the Austrian emperor gave up on the idea of a Holy Roman Empire. It had been a fiction for a long time, and in fact the reach of the emperor’s power had already been confined largely to what then finally became the Austro-Hungarian empire. Formally terminating the Holy Roman Empire was not much more than a symbolic denial of Napoleon’s request for succession.

Austria was not a nation state like France had been all the while, or like Italy strove to become at that time. Austria was multi-national, multi-ethnic and increasingly multi-religious. This church, far from any Serbian-Orthodox territory, is a sign for a tolerance that had long been fought for - and that was lost again in and between the two World Wars.