4205 - The Congress Hall From Outside II 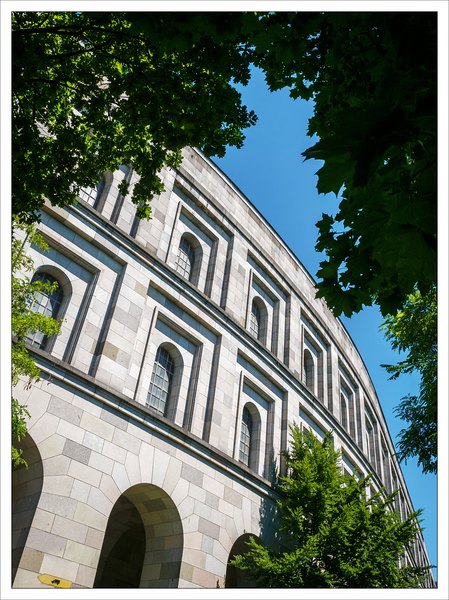 For me there has always been a certain fascination in seeing Nazi architecture. Of course in many ways it is just copying the style of the Roman Empire - like every empire has done since. The Roman style has become symbol for and architectural expression of imperial power.

On the other hand, Nazi architecture (like its fascist Italian counterpart) is heavily influenced by a brutal, modernist fashion. In a way the Nazis built in stone what they brandished as “degenerate art” in paintings and burned as books.