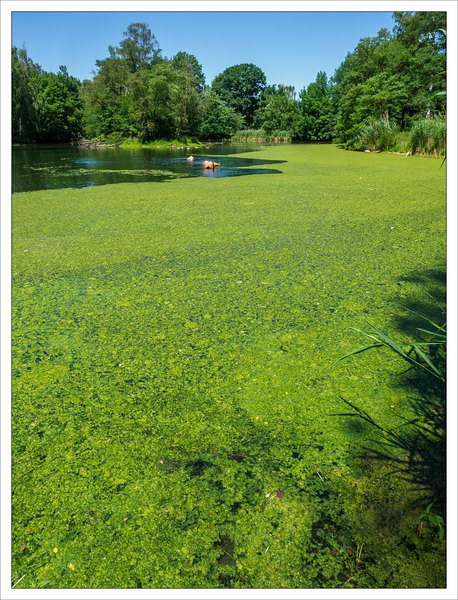 One of the planned buildings was the German Stadium. It was intended as a sports arena in the style of the Roman Circus Maximus - only bigger.

In this case construction was not even started. They digged a gigantic hole in the ground, and after the war part of it was filled with the rubble of destroyed Nuremberg. The rest filled up with poisonous water. Quite a nice symbol for Nazism and the whole Reich, if you ask me 🙂