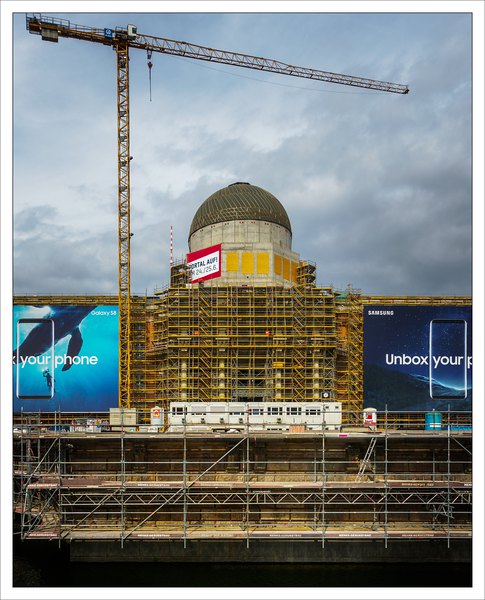 Berliner Stadtschloß (Berlin City Palace) was the residence of the Prussian Kings and later German Emperors. Unlike many other famous buildings in Berlin’s eastern half (we’ve been in former East Berlin since St. Hedwig’s), the castle has not been rebuilt during GDR times. Instead the communist régime replaced it with a Palace of the Republic of debatable aesthetic value, strongly contaminated with asbestos.

It took Germany 20 years of controversy, but in 2013 reconstruction was finally started. The process was slow, but I think I came at an interesting time for a view that will never to be had again 😄