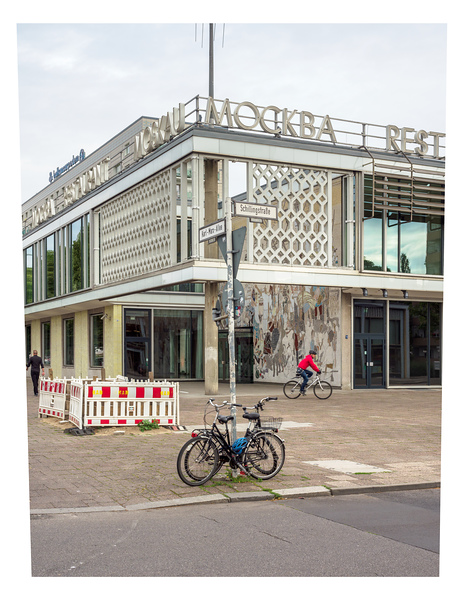 A few days after we returned from Berlin, I saw the movie “Good-bye Lenin”. It’s about a stout communist mother who falls into a coma a few days before the fall of the wall. When she awakes half a year or a year later, her children are warned that any shock could cost her life. Her son now organizes a charade: while she is recovering, everybody behaves as if the communists were still in power. Later the fall of the wall is explained with frustrated westerners finding refuge in the communist paradise.

In some ways it is a sad, in some ways a touching film, not always convincing, but nevertheless worth seeing.

I’m telling this because while we didn’t see much of East Berlin, we seemingly saw the whole small district that’s featured in the movie. At one time they mention, that they normally celebrate her birthdays in Café Moscow, and that’s exactly where I took this image.

It’s closed at the moment and it looks sad and lonely, just like the whole district.