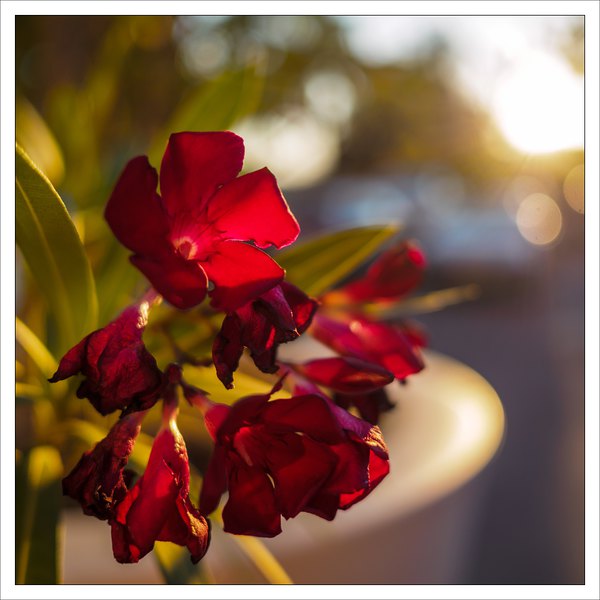 If you think of the effort I’ve used during the last two months to bring my blog to a new platform, you may ask yourself: why did he do that?

Indeed that’s something I’ve been asked by everyone at work. After all, there are blogging platforms out there, that require just a few clicks to get you going. Why invest so much time? Turns out there are a few good reasons:

I’ve grown out of blogger, I’ve used WordPress for a long time, I’ve had my pictures hosted on SmugMug, I’ve had them hosted on my own WordPress server, believe me, I’ve been there. Nothing lasts forever. Neither will the infrastructure that I’m on today.

It won’t matter though. I am now in a position that I can move my blog to a new server infrastructure in a few hours. Everything is automatically backed up, everything is as portable as it can be. What I’ve done now is an investment into the future. 10 years from now I will still be able to publish on this blog, and I will be able to do it just as I do it now.

The new blog is also fast. A normal post has a few kilobytes. There is CSS, but it is minimal. There is a single JavaScript, but you only load it on the Comments page. If you don’t click on “💬 Reply 💬”, no script ever gets loaded. I use Web Fonts, but you only load them once. You won’t see much of a difference on a fast network, but on slow networks it is noticeable.

And then I’ve learned a lot. Trying to avoid a commenting service like Disqus with all its privacy implications, I had to implement some software. It’s all open source on GitHub:

I couldn’t have done all that before. Now I can. I mean, everybody talks about the cloud. People praise it or vilify it, sometimes both, but in fact few people can use it to create programs. It’s considered the domain of young developers, not necessarily of people of my age.

I may or may not be able to use my Amazon knowledge professionally, but what I’ve done on Amazon’s cloud, I can now do as well on Microsoft’s Azure or the Google Cloud. It’s about principles, not about the the provider. That alone would have been worth it.

If that all does not count for you, well, I have one more reason: It was fun 😆

Congratulations… looks good and I agree, it is nice to do it yourself, but I am afraid it is quite a bit over my skill set.

On the other hand, static blogs don’t need to be as individual/complicated and DIY as mine. There are editing frontends (Headless CMS) and more or less complete backend infrastructures as a service. As always, there are all sorts of in-betweens as well.

Anyway. I never meant my account of the switch as a recommendation. I’ve released the software bits in case anyone finds them useful, and other than that the whole thing was more of an exercise in new technologies I might need someday :D