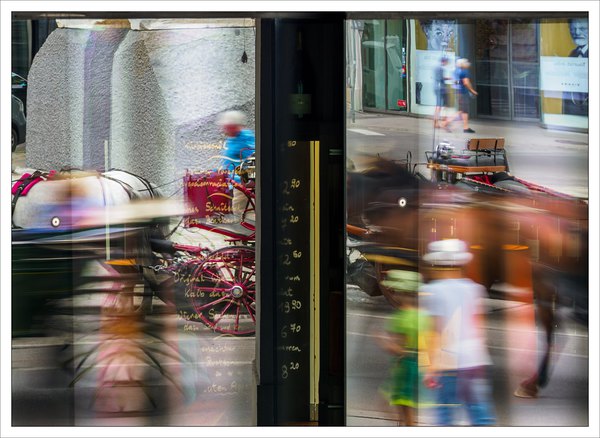 I love this image. Ted and I took the escalator up to the terrace of Albertina, Vienna’s most important collection of Graphical Art. I saw the reflection in the window and reflexively took the image. You can’t call that a well planned shot. Not really.

But look at it: Everything’s there!

Now that I think of it, the escalator didn’t move, we had to climb. The glass was very dark and I had to use 1/6 s. Had it moved, the shot would have been impossible.

Oh, and, one more thing: Today is this blog’s 12th birthday! Cheers 🍻

Thanks! Love the song as well :)