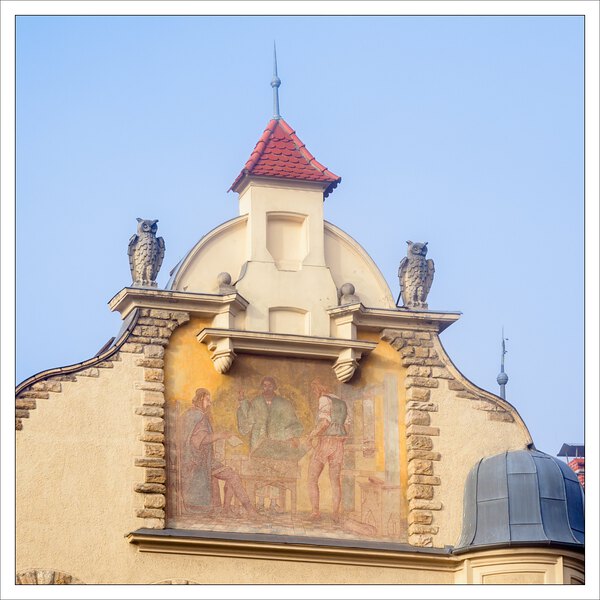 I can’t remember why we’ve been in Klagenfurt on that slightly foggy late-November morning. I suppose it was some formality due to the death of my father. In any case, I saw the owls, I though of Twin Peaks and I had to take the picture.

In post-processing I have removed the fog. Fog is nice if you have a reference, for instance some part of the image, that is near enough to have normal contrast. In a few special cases it also makes sense to keep contrasts low, in order to accentuate the foggy situation.

In all other cases I spread the tonal values over the full range. Like in this case I may keep a slightly blue-ish case though. The result: I think it can pass as foggy. It’s plausible, without losing tonality in a soup of gray.