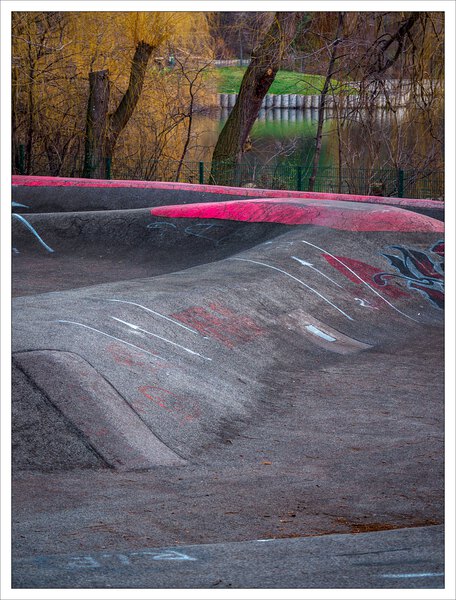 Vienna is north of Carinthia, but it is lower (about 200 meters). Therefore it gets less snow in normal years. 2017 was no exception.

Btw, if you wonder if I’m contemplating the new Olympus OM-D E-M1X, no, I don’t.

No, it’s the weight. This image was taken with the OM-D E-M1 II and the 12-100/4 PRO. It was one of the rare occasions that I took this combo to Vienna. Normally I use the PEN-F for Vienna, along with three primes, and all in a very small bag.

I find it funny how people flock to the likes of Nikon Z, Sony A7 or that new, unfinished thing Canon has. Even Panasonic seems to abandon MFT. Yes, the images are a bit bigger, DOF is a little shallower (whether you need it or not), but the lenses are so much bigger and heavier. I would hate it to see Olympus go away, just because everybody wants to break their necks 😃