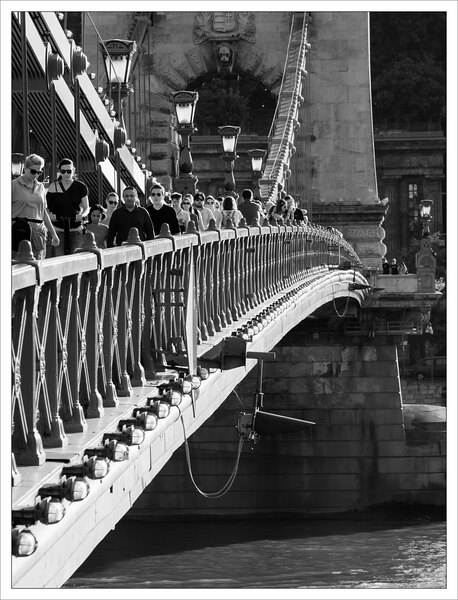 Crowds again on a beautiful bridge, this time in nostalgic black and white 😃

Frustration? Yes, but I’m privileged as hell. I have a job, that’s perfectly suited for home office, my employer can’t go out of business, and in reality I can’t complain about anything but boredom.

In general, Austria does a lot for its people. Not only for its industries, but also for its people. It’s a sane system. Nobody will go hungry, nobody will stay uneducated, nobody will be left sick. Our system is about as socialist as Bernie Sanders visions go. We live what neo-liberals say is impossible. A communist society? No, we are governed by a Conservative and a Green party. We prosper and still take care of each other. And that’s really the normal.