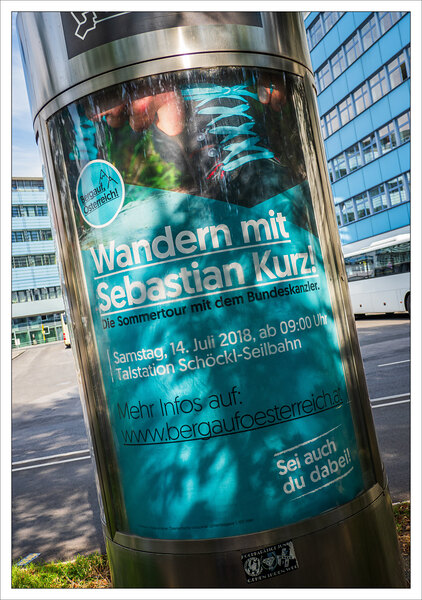 Sebastian Kurz is our young chancellor, head of the government. He was the youngest politician to ever reach this position.

As foreign minister, he toppled the then leader of ÖVP, Austria’s People’s Party, the traditional conservatives in Austria. ÖVP was minor partner in a coalition with the Social Democrats. He broke the coalition for early general elections, and after a dirty campaign on both sides, he remained victorious.

Kurz formed a government with the far-right Freedom Party, and together they were a successfully self-serving, deeply populist team. After the Freedom Party’s self-destruction with the so-called Ibiza scandal, another election strengthened Kurz even more. He now governs with the left to moderate Green Party. Quite the change!

The new government has handled the critical initial phase of the corona crisis very well. For that he has earned my respect. He’s a man who knows how to reach his goals. In general, I think we’d be better off with someone less talented in intrigue, someone less interested in his own career, someone less masterful in acting the role of the responsible head of government, someone more being it. He might grow though.

Anyway. So far, the moderation of the Greens manages to balance his ambitions. This will go on as long as Kurz believes to need them. We’ll see.