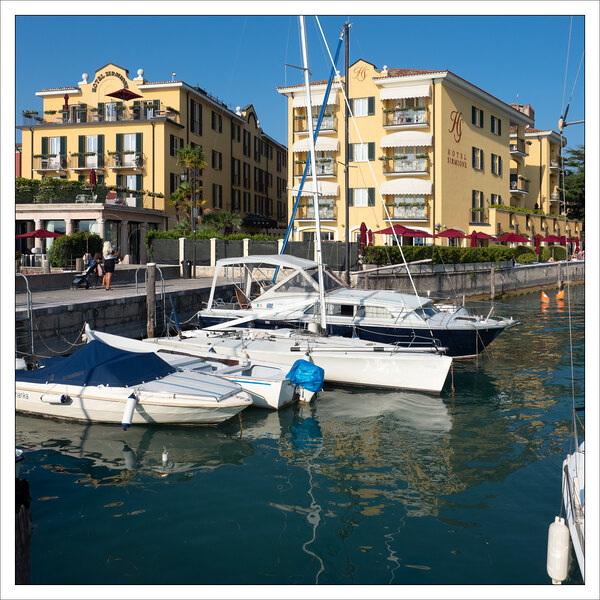 Sirmione is in the middle of an extremely narrow peninsula, reaching into the lake from its southern end. At the northern tip is a rock with the remains of a Roman palace.

These two buildings are our hotel, the Hotel Sirmione e Promessi Sposi. It’s right inside the city wall. Extremely recommendable. The city is closed for tourist cars and has a big parking area in front of the walls. If you rather be nearer to your car, there’s also a Grand Hotel directly outside. It faces east though, and the roundabout between it and the city gate is busy all day. I prefer the comparative silence inside and looking into the sundown.