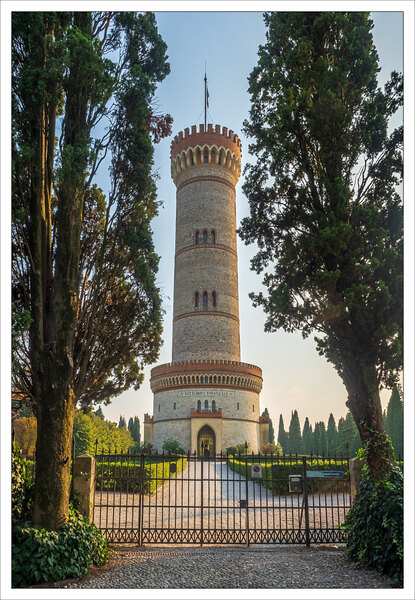 This tower is a monument to a battle. It was one of the multiple catastrophically lost battles in the history of the late Austro-Hungarian Empire. As a result, Austria lost most of what it possessed in northern Italy. Trieste remained Austrian, but Venice (only acquired after the Napoleonic Wars) was lost.

The battle was called after a small village nearby, and is known as the Battle of Solferino. It was such a carnage, that it caused the founding of the Red Cross and the Geneva Convention.