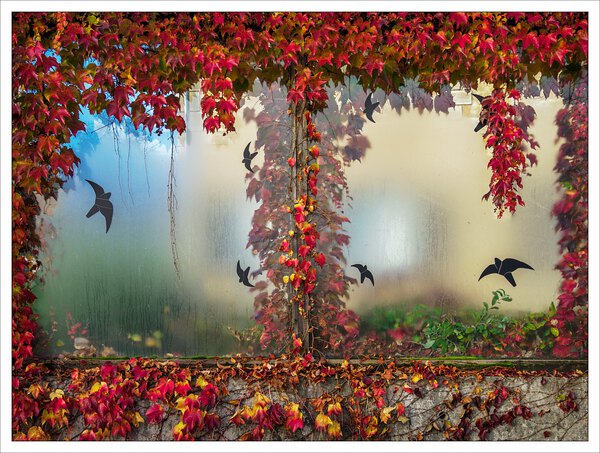 Once upon a time a successful shoemaker had saved so much money, that he could finally build his own home. He bought a parcel of 8000 square meters, and there he built a big, stately house.

He built a stable, a wash house, a big tool shed and a small pavilion. He planted trees and his wife tended a big garden. Their daughter and her husband lived and died there, so did a niece. Their two grand-children, brother and sister, raised their family there.

This was in 1906, the man was my great-grandfather, his grand-daughter is my mother. In that house I have lived for 20 years. My father has lived there 55 years of his life, my mother still lives there. Alone now. Dreaming of the past.