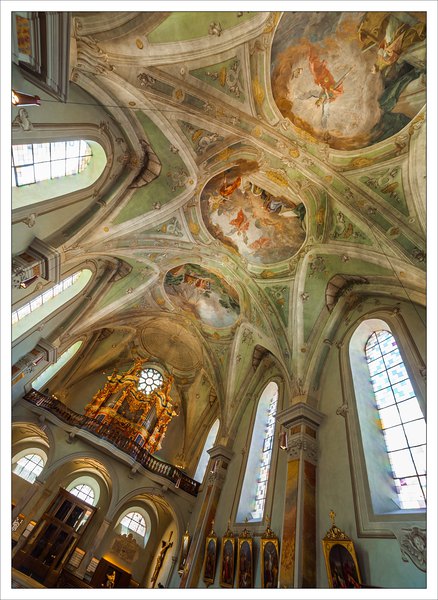 I don’t know what browser you use. I use Firefox. In the old times I used Mosaic, then I used Netscape Navigator, and then I used Opera for about 15 years. Opera was cross-platform (then I needed Windows and Linux) and they pioneered almost all of the nifty features that we take for granted today. Tabs, synchronization of settings and passwords, mouse gestures, user interface customization, pinned tabs, ad-blocking and so many other useful things were first seen on Opera.

Then they committed suicide. After 12.60 came a complete re-implementation on basis of Chromium. Not only did they neglect Linux for a long time, no, the new browser lacked most of classic Opera’s features. It may even be back to usefulness by now, but I have since lost all interest in it.

This was the time when Chrome’s rise began. Not only was Chrome good, it was also better than Firefox in some regards that I cared about. In some respects I didn’t like it though. In general I try to keep my computers well supplied with memory, but Chrome was a memory hog. Big Chrome sessions with many windows and many more tabs (10 windows, 60 tabs?) started up slowly and also seemed to deteriorate with time, meaning that the computer slowed down and the browser had to be restarted.

At one point in time Firefox began to feel like the better choice. I believe that was, when they began with lazy tab loading. This means that a tab is only loaded when you switch to it for the first time.

For the last few years Firefox was my main browser, except when I needed to test a web application across browsers. I also use it on Android (most people don’t), and only on iOS I was forced to use Safari, because I couldn’t use ad-blocking extensions in Firefox.

Then, a few days ago, Firefox 57 came. It has a new look and a new extension format, that is much more secure, but does not offer extensions that much freedom to customize the browser. Some things have not been ported to the new WebExtension format, some can’t even be ported, and for some to be ported, the Firefox developers would need to make changes to the base browser itself.

Mouse gestures under Linux and MacOS were a victim. They still work, but an API is missing to suppress the context menu on those platforms. When you’ve used the right mouse button to initiate a gesture for years, it is pretty inconvenient to have to switch to the middle button, especially when some mice don’t have one, because the wheel is not clickable.

Anyway, I was willing to try it. Imagine my despair when after the upgrade I found that my Mac had turned into a blowdrier. The browser needed 200% CPU, meaning that two of the four processor cores were occupied by a browser - with no user interaction happening at all!

Well, the solution was, to open another tab and to type “about:support” in the address line. This opens a page with lots of internal information and, in the right upper corner, a button to clean up Firefox. What it does is to throw away your profile directory, all extensions and customizations. It keeps your passwords and the last session though.

Voilà, the computer was silent, the performance not only normal but unusually fast, and I was happy again 🙂

In other words: don’t fear Firefox 57. It’s the best Firefox you’ve ever used.

I hope you see this. Firefox 58 (still in preview) along with the new Gesturefy addon should fix the mouse gesture context menu issue 🙂.

Just saw it, but thanks 🙂